Skrad in the past was a serf village which is 1805th year had 13 houses, 14 families and 144 inhabitants. The lower part Skrad called Loka intensively began to develop after the construction of the Louisiana road 1811th , while the new part of the village on the slopes of the peak tustog intensively began to develop and build the sixties of last century. And fauna is very rich and it is no rarity in the dense forests of this region encounter a bear or a timid doe. Thanks to the abundance of water and subalpskoj climate, we find the real wealth of flora and fauna. According to the latest census (2001) there is always populated by 1333 residents living in 517 households.

Green vira area declared natural reserve is the value 1962nd year. First mentioned 1884th as a resort for the braver hikers. The outing Green vortex, which is located at 302 m above sea level can be reached from several directions. Asphalt road that connects Skrad to buy and ship, behind the mountain villages are separated by Green viru, there are several pješačkh and mountain trails.One path leads from the train station Skrad, and should cross the railway line, and then continue the marked path that leads through meadows and woods in the valley. Another leading southwest near the train station, then through the woods Crèche re-marked trail into the canyon Vražiji passage. There is another approach Iševicu picnic along the creek and through the possible arrival of the Kupa valley. That course is a pass, so it is ideal for cyclists. Tim was possible direction to come in close proximity to resorts and buses. At the end of the road there is parking for cars. From parking lots to walk to the Green vira arrives for twenty minutes.

Another attraction is 800 meters long canyon Vražiji passage. Many consider him one of the most beautiful sights in our country. Through a narrow gorge-gorge, about two meters wide, among the rocks a hundred meters high, break down the mountain stream Crèche. Water is consumed millennia stone to this passage prokročila startling power of the elements of water and wild vrletnih rocks. Above him on metal carriers cut in rock are designed bridges and stairs that goes.There until the middle of summer to the bed of a tributary of places briefly reach the sun's rays. Rock are interspersed with moss, and on the terraces by which the mobile game, mostly goats have grass and trees.

Devil's passage in the past called the Devil and the chasm, the poets have described as a way to Dante's hell. First mentioned prohodnim for excursions 1934th years after they built wooden bridges, and before that was the target of climbers who passed him climbing with the help of wedges and other hiking supplies. Since its establishment until today experienced a lot of reconstruction and renovation in the interest of safety of visitors.

At the end of the passage is Vražjeg uniqueness of this new excursion called atraktivng men hižica. This cave is located above the plateau, which ends Devil's passage, close to home for vacation. According to legend, during the invasion of the Turks around the 1525th this is part of the shelter population of this area. Lord of the group of people who hid in the cave was a man - a man, and that is named and''Husbands''hižica.The cave is very large, long, about two hundred meters and is rich in stalactites and stalagmites. At the end of the cave, which has not yet been fully explored, there is a pond. In this lake is approximately the same time in Postojna cave found olm.

After lengthy research, you can rest and refreshment in the mountain hut where hospitable staff will offer a rich selection of culinary products and beverages. You can relax next to the building or in a beautifully furnished room restaurant. 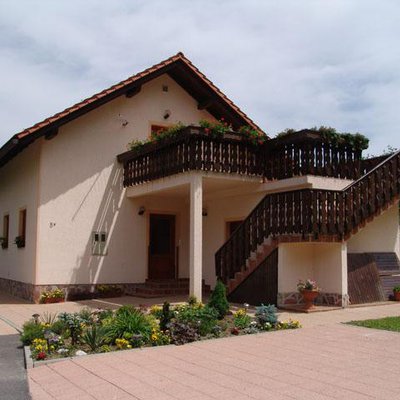 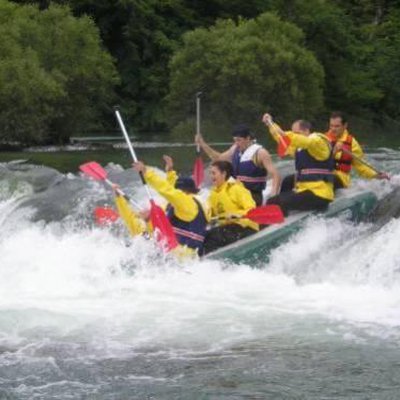 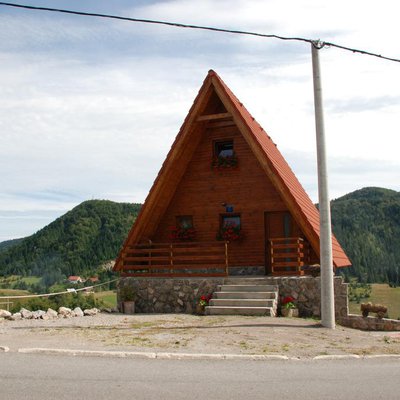