Nin is the oldest Croatian royal town and the cradle of Croatian culture. Exceptionally well-preserved monuments, particularly the well-church from the 9th and 12 century are unique in Croatia and in the wider area Mediterana.Područje Nin was inhabited since the time Liburna, while in Roman times, grew into an important municipality named Aenona. Visitors to the old town can be via one of two bridges, and through the preserved historic city gate to start the tour of the city walls and many valuable cultural and historical monuments. Thus the archaeological collection at Nin among other exhibits can see a copy of Prince Višeslava baptistery, and two old Croatian ship "Condura Croatica" (11th century). Can be seen the remains of a Roman temple. The parish church of Sts. Asela (18th century), the Gothic chapel of St.. Marcella, St.. Ambrose (13th century), the smallest cathedral in the world and pre-Romanesque church of Sts. Cross (9th century), the famous bronze statue of Bishop Gregory of Nin, and church treasuries, "Gold and silver Nin. Visitors will be upon arrival in Nin definitely noticeable and one of its symbols - both a coronation church of sv. Nicholas from the 12th century.

Nin Croatian Bethlehem!So the old poet called the city, believing that he got the name given its significance in the history of Croatian truly belongs. Although you will come to rest and have fun here history will enchant you with its rich legacy of stories at almost every turn.

Nin's sandy beaches are ideal for families with small children and elderly people, but all those who love sports and leisure activities will enjoy amenities famous Holiday Village Zaton's far from the city center only 15 minutes walk.

The historical town of Nin is situated on a small island in a shallow lagoon from the city of Zadar is only 14 km. Destination Nin is an oasis of shallow, long and sandy lagoon separated from traffic and away from industrial zones. The very shallowness of the sea and tucked up into the land ensures the temperature 2-3 degrees higher than the open sea, which in turn creates a higher salinity and aerosol. ADAC is the beautiful sandy beaches surrounded by Nin, and one can enjoy in the direction of Nin guides, declared the most beautiful beaches in Dalmaciji.Tihe bays, sandyCane beaches, Mediterranean vegetation and pine forests are ideal places to relax, which will attract a total isolation from urban areas.

This is the place Vrsi that developed the mid-18th c. In addition to enjoying the Dalmatian cuisine, beautiful landscape and swimming in the sea, you can see the medieval church of St. James (Zukve) from 15 A century in the old part of town is the parish church of Sts. Michael 17th c. Travel and developed areas Mulo Zukve are located along the coastal part of the Nin Bay. Between Vrsi and Nina, there is a tourist resort Grbe.

If you go away, only 2 kilometers away from Nina is a tourist place Zaton. Loch a beautiful view over the islands of Zadar. This place draws in his old rustičnoj core Dalmatian architecture.

Nin mud (mud) is used for medicinal purposes since Roman times to the present day. Effects of medicinal peloids is manifested through physical, mechanical and chemical effect. Therapy is conducted in a pleasant natural environment, and includes swimming in the warm sea.More, the influence of warm sunlight, allows an extension of therapy, particularly in various rheumatic diseases, especially in razmih deformity of the spine and side effects incurred as a result of deformations of the locomotor system, the problem of female infertility, as well as in razmih skin diseases.

Not far from Nina and rabbits to the island where the monks have built a sanctuary, the church of Our Lady of rabbits. The records of the apparition of Our Lady of Zvečevo shepherdess Deer 05th svibnja 1516 years was recognized by the church authorities. The event since then until today celebrates the 05th May and 15 August, when believers Regiment pilgrimage on foot and by boat on Lady Island.

In recent years intensively developing hunting organization of international competitions. The quality of the terrain, spacious and well suited for hunting dog training pointers and plenty of Polish Partridge from the natural breeding great delight cynologocial enthusiasts for more than thirty years to come Ninska hunting. 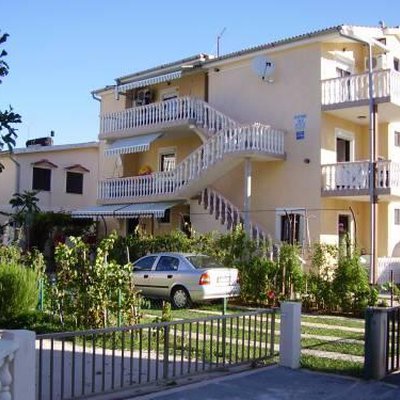 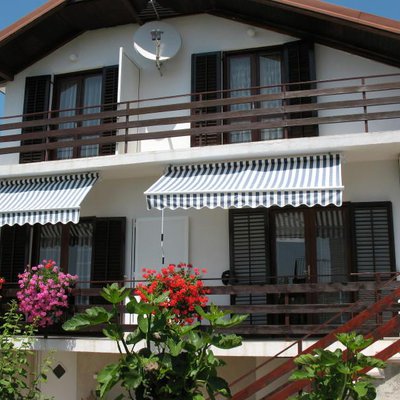 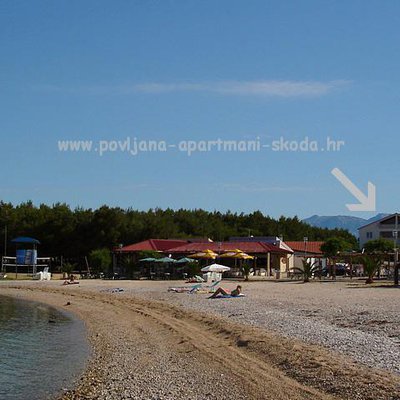 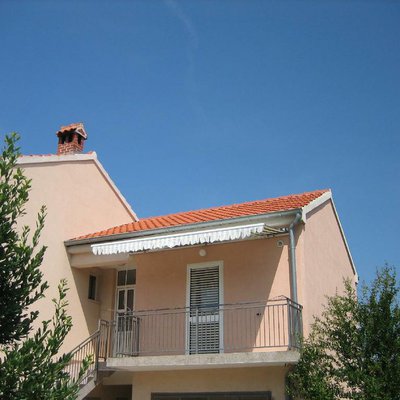 Quiet apartment for two near the beach and the center