The idea that the old core of Kumrovec include measures of cultural protection was present even 1947th when the Marijana Gušić, then Director of the Ethnographic Museum in Zagreb made ethnographic treatment Croatian Zagorje and wrote a study on the settlement Kumrovec with the central object, native house of Josip Broz. Specialists of the Museum of Arts and Crafts house in Zagreb are brought to its original state, is regulated by the yard, and the 1948th The yard is set in a monument, "Josip Broz Tito, academic work. sculptor Anthony Augustinčića. Cultural-historical and art museum of the setup 1950th Mr edit the academic painter Edo Kovacevic and prof. Zdenko Vojnovic, the director of the Museum of Arts and Crafts, and the home environment-friendly Broz edited by prof. Gušić.

Over the next few years continued with further construction and horticultural works and collecting items for the Interior of the house. In 1953rd Memorial Museum was founded in Marshal Tito, who worked under the Ethnographic Museum in Zagreb. Memorial Museum Director prof. Gušić, the 1952nd-1954th g., Developed a plan for solving the old part of Kumrovec, and on the principles of conservation and museological methods produced a comprehensive catalog for building with 61 maps and a list of households. According to the catalog of objects, Dr. Ana Deanović (Croatian Restoration Institute) in collaboration with a professional crew, museum professionals, architects and urban planners made a study of protection of old Kumrovec. Since 1969. Mr "Old Village" is a protected rural units included in the Register of Cultural Monuments I category.

Museum 1963rd Mr passes under the administration of the Museum of Revolution of the Peoples Croatian from Zagreb. A few years later founded the "Museum of Kumrovec in establishing" that operates under this name to 1978. Mr. RO is established when the "memorial park" Kumrovec. Since 1992. Mr. Museum "Old Village" act in the "Museum of the Croatian Zagorje", based in Upper Stubica. Museum "Old Village" is the only open-air museum in Croatia with all the amenities that can justify the operation of museums such as the European skanseni.

Reconstruction and renovation of the Old Village

On the surface of 12640 m2 restored or renovated 25 homes, 9 and 8 supporting economic facilities (2 storage for corn, 2 pig-pen, and 4 wells). The museum collections include 2,800 exhibits, most of which are permanently on. The 15 permanent ethnographic displays, and two historical ones to give the traditional ways of life, customs, handicrafts, old, some already forgotten crafts, historical figures and events related to Kumrovec and former Klanjec county with the turn of the 19th the 20th c.

The most important criterion for revitalization was the authenticity of objects and their ethnographic, historical and architectural value. Special attention is devoted to preservation of the original appearance and beauty of the landscape, with the main goal being to restore the village to the turn of the 19th the 20th c. The most extensive restoration and reconstruction of the Old Village "took place between the 1979th-1985th g. In this period reconstruction of the old roads, stone bridge, and is regulated by Škrnik stream which flows through the village and flows into the nearby river Sutla.Objects in which the hosts refused to live under certain conditions, museological, were purchased by the owner, while some farm buildings and grounds to their original function, or used by their owners who live in the interpolated houses on the southern outskirts of the Museum "Old Village".

In the reconstructed old town center Kumrovec are several local families. So break the static permanent museum displays a revival and presentation of the rural way of life. All facilities have been reconstructed in situ, which means that no building, well, pigs or corn was brought from another location, but was rebuilt on its original foundations, ie, in the same place where he stood at the turn of the 19th the 20th c.

Refurbishment of the old trade is conducted through schools and courses, so that for many years, reinforces and expands cooperation with the masters of old folk craft skills, which in the very setup, the visitors, demonstrate the development of pottery, wooden toys, blacksmith's products and potkivanje horses, as one of the biggest attractions for younger visitors. 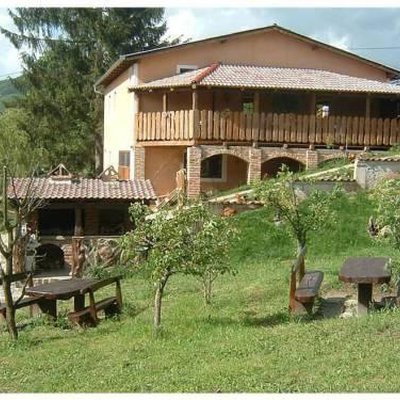 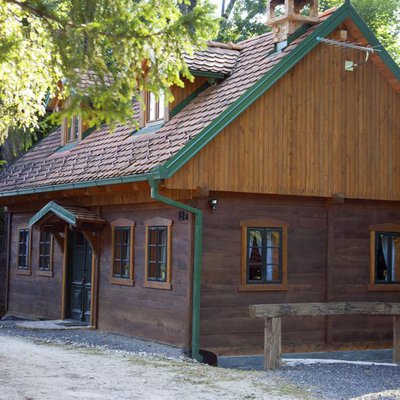 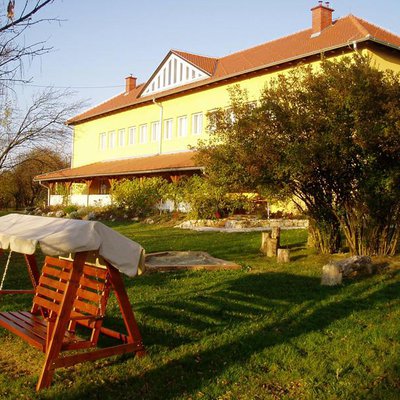 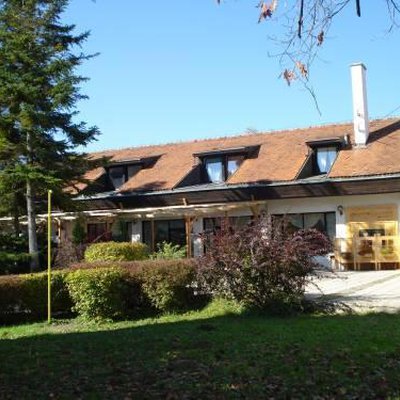