OVER 70 km of mapped and marked cycling paths on VLASIC

Association "Vlasic planet living" in cooperation with partners - the Association of mountain bikers (MTBA), clubs extreme sports "High Peak", Travnik and Hotel "Snowflake", and with the support of co-financing the project by the Centre for the Promotion of Civil Society (CSPC) and the Swedish International Development Agency (SIDA), has realized a mapping and marking the first bike trails on Mount Vlasic.

It is located in the central part of Bosnia and Herzegovina, and most of the Vlasic mountain belongs to the municipality of Travnik.

Vlasic - it is a massive mountain plateau with a 500 km2 area (one of the largest mountain plateau in Bosnia and Herzegovina, with 5 rivers and countless sources (very aquifer) with peaks Opaljenik, P., Cavo, Vlašićka gromile that go up to 2000 m asl.

The mountain is rich in flora and faunawith a large number of sunny days, and also the snow retains more than 5 months.

Besides natural resources, the greatest value of this mountain is the position in the central part of Bosnia. Vlasic is equally distant from the Adriatic coast (approximately 200 km) and from the major inland cities in neighboring countries, Zagreb and Belgrade (approximately 300 km). Distance from Sarajevo, the capital of Bosnia and Herzegovina is 120 km.

Exceptional geographic location make this mountain one of the most open in the mountains in the Balkans.

Natural beauty and attractive sites, rich cultural and historical heritage and favorable climatic conditions make this an attractive mountain travelers all year round.

At the heart of the Vlasic mountain at an altitude 1260 m is the ancient 60-ies of the last century established sports - recreation center "Babanovac" which is connected to Travnik (28 km) by two asphalt roads and makes the core development of winter tourism in the area.

After the war the sports - recreation center "Babanovac" restores its luster, experiencing an expansion in the development of multiple forms of tourism and is already among the top winter centers in Bosnia and Herzegovina and beyond.

Sport - Leisure Centre "Babanovac" in the winter, it is particularly suitable for recreational, and is optimal for families with children. In other periods Vlasic is the ideal destination for sports collectives, student tours, nature lovers, adventurers, and in recent years become a destination Babanovac and congress tourism.

Vlasic is especially recommended for people who have health problems (asthma sufferers and anemic persons). Generally for all those who wish to relax in a natural mountain setting. (Source: http://www.santours.com.ba/index.php?option = com_content & view = article & id = 10 & Itemid = 11) 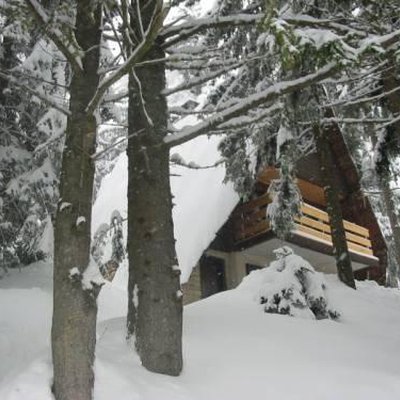 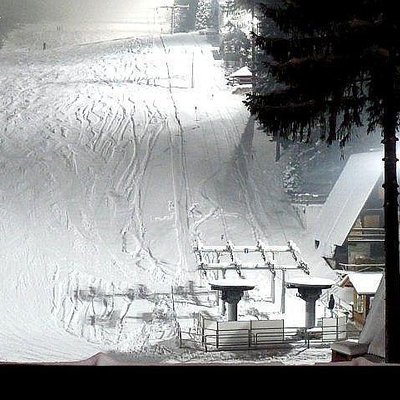 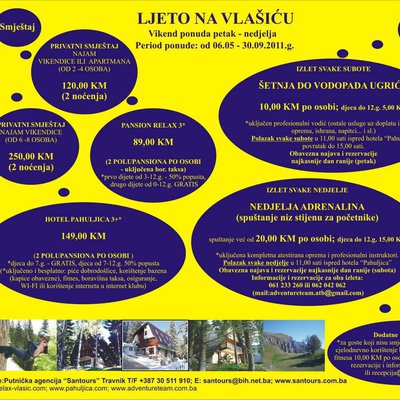 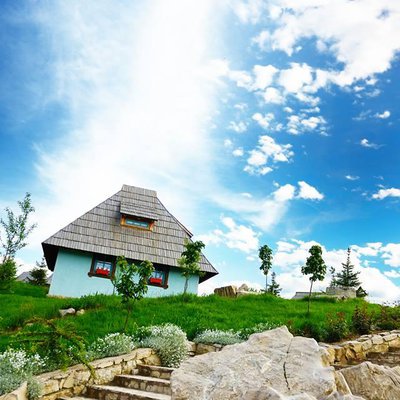